The big boy of the family, Buddy is the gentle older brother to Peanut, Vince and Cody (coming soon).  He’s 13 years old and such a sweetheart.  Mom says he’s a lab/chow mix, but I thought he carried himself a little like a shepherd. 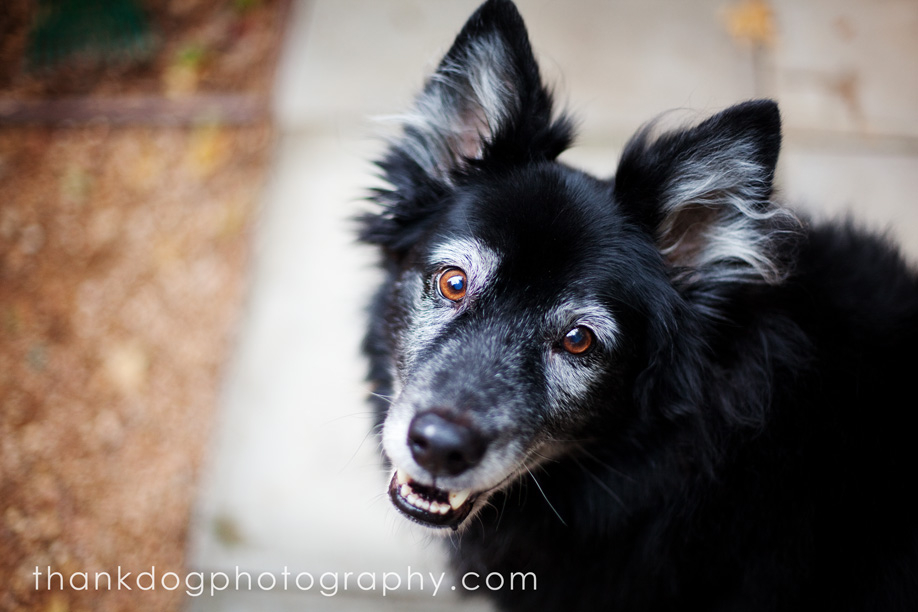 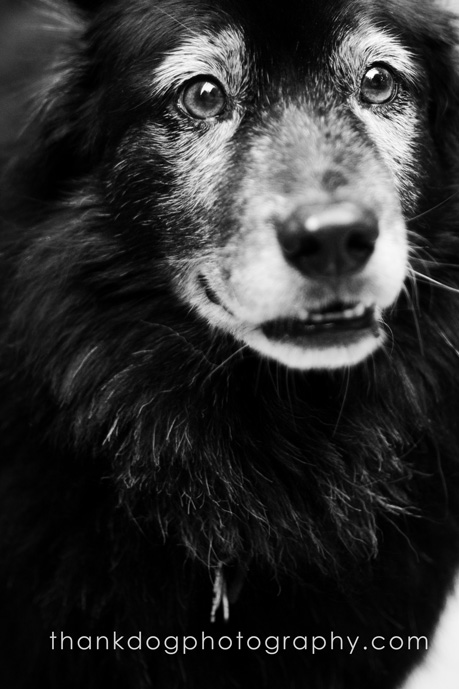 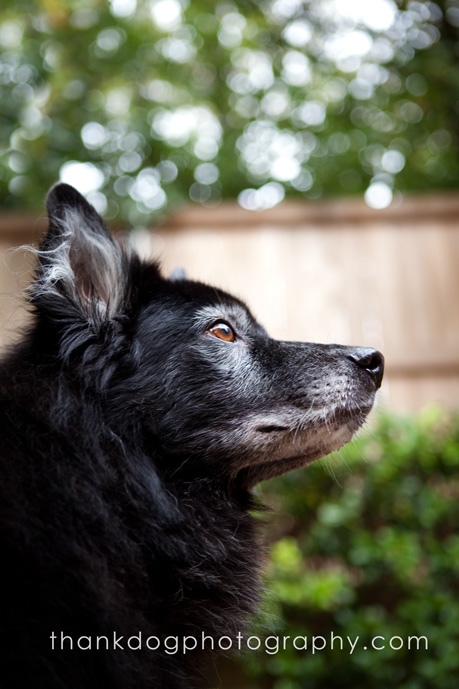 How awesome is that ear hair?  Seriously, why can’t old human men’s ear hair be so cute?

Once we moved indoors, Buddy was a little more difficult to photograph than his brothers — in part because he’s black and we were begging for light — but mainly because he’s the house sentinel.  He spent quite a bit of time up in the front of the house, peeking out the window, looking for mom (there are times when it’s much easier to work a session when mom leaves us be… this was one of those times.  When she’s around, it’s relatively impossible to get their attention…they are most definitely momma’s boys!).