lilly, guenther and a cameo by norton

When I knocked on the door for our session, I was greeted by a herd of boxers in a variety of sizes… small, medium and large. No joke – Lilly’s a wee little girl at about 40 pounds; Guenther is a more traditionally-sized boxer at 60 pounds, and Norton, a foster (now settled in his forever home) is a big boy at 80 pounds. 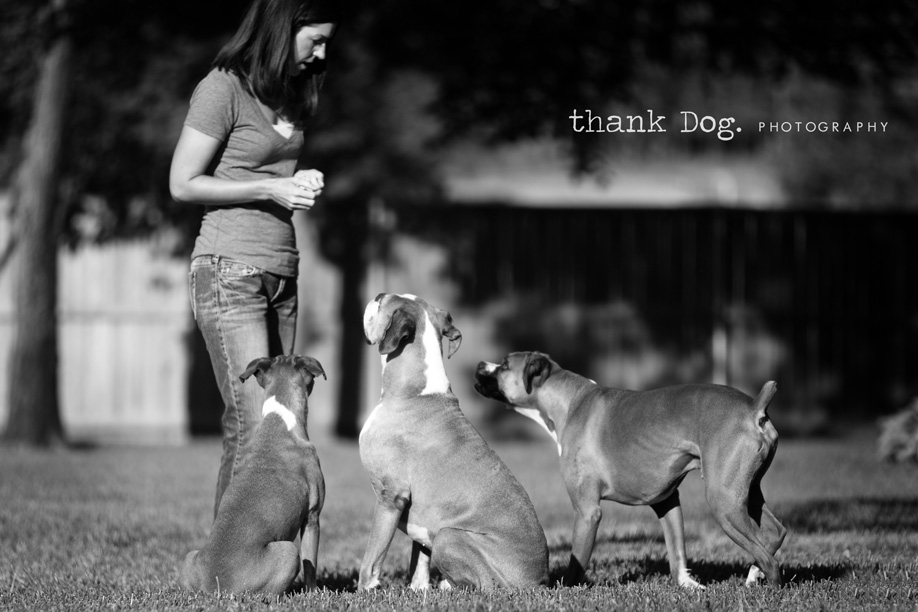 Their mom and dad are active volunteers wtih Legacy Boxer Rescue, the excellent organization that helped me get Cash healthy and into his new home.  In fact, they’ve been there basically since the beginning… they met Sharon Sleighter, who went on to start LBR, when they were adopting their first dog, Lilly.  Sweet little Lilly’s eight now and is a super patient big sister to her brother, Guenther, and to the many fosters that have come through the house.

I’d heard the term “pocket boxer” before but I don’t think I’d ever seen one quite so… pocket.  Seriously, I wanted to scoop her up and put her in my pocket. 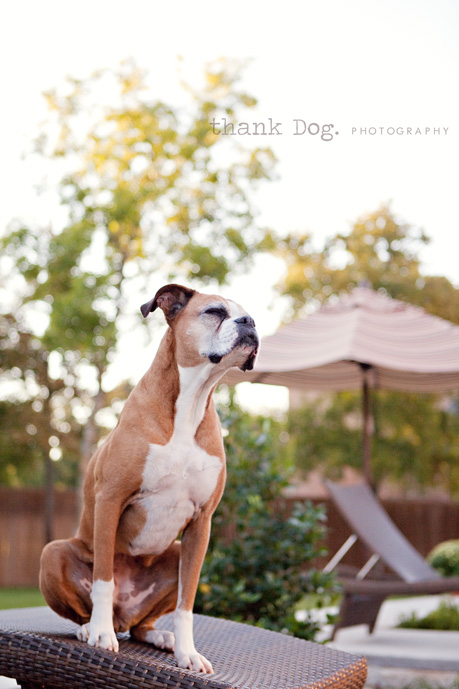 She may be eight now, but the girl’s still full of boxer energy.  Soon after I arrived, she took off (in the gorgeous new backyard), showing off her boxer burns.

About a year after adopting Lilly, her parents decided they were so happy with their new family member that they wanted to become involved in boxer rescue so they joined the newly formed Legacy Boxer Rescue.  Not too long after, they fostered a pregnant mom.  When the puppies came, there was one sweet boy that they couldn’t resist.  And so Guenther, now 6 years old, was added to the family.

It’s been said that boxers are puppies for life.  Guenther certainly lives up to that!  He also is very possibly the most expressive pup I’ve photographed.  I giggled out loud more than once while editing his shots.

And a quick cameo by the big guy.  Norton had been living with his foster family for several month, but, by the time of our session, his new forever home was lined up.  He’s since settled in to his new home and is doing well.  Norton’s a sweet, super mellow senior boy, happy to get a few treats and his ears rubbed.

Leanne - What a stunning set! Just lovely! Oh how I love Boxers

Sharon Sleighter - These are simply awesome. I wonder if Amy and Jay will let me borrow their home for a photo shoot with my pack. LOL!

norton | in memory » thank Dog. photography - […] met Norton last fall when I was photographing his two foster siblings, Lily and Guenther (he was the large in the small-medium-large boxer posse).  He had been having seizures, but they […]

sad news and the value of pet photography » thank Dog. photography - […] the adorable little pocket boxer also passed away suddenly this weekend.  As I mentioned in the previous blog post, Lilly was the first boxer placed by Legacy Boxer Rescue (the outstanding organization that helped […]