adopting from a rescue organization

I recently read an article by a woman complaining about her difficulty in adopting a dog from a rescue organization.  Several commenters agreed and relayed similar experiences.  It got me thinking… 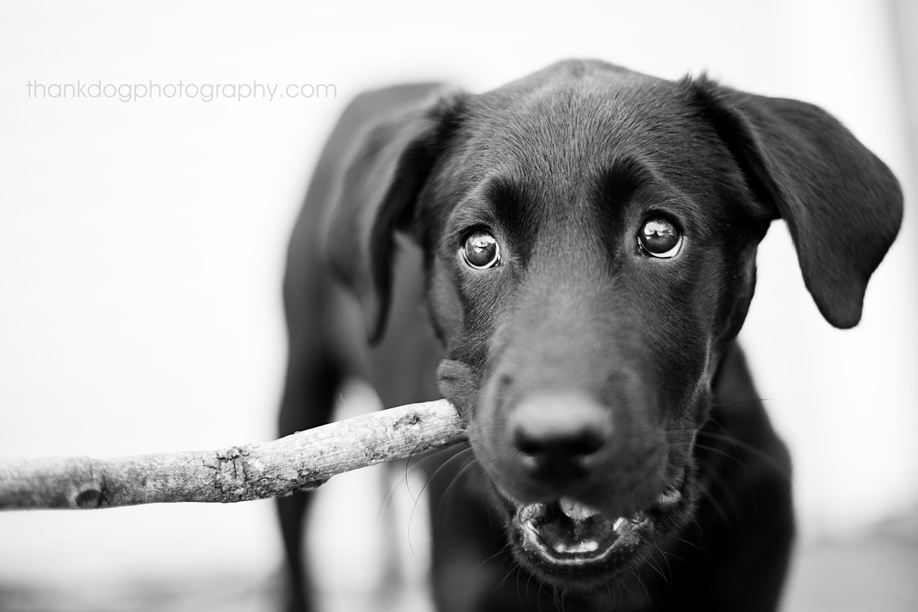 First, I don’t know the author.   Nor do I know anything about the rescue organization she was trying to adopt from (I think everyone was from New York).

Second – I’m far from an old hand at this.  I’ve fostered 1 adult dog and 7 puppies, including Jet.  And these are only my own thoughts and opinions – I’m not speaking for any rescue organization or volunteer.

So… do I think it’s “harder” to adopt from a rescue organization than from your local shelter?  In a word, yes.  But there are a number of good reasons why…

We have the time to be more selective.  The dogs in the rescue organizations are no longer on death row.  The threat of euthanasia is gone.  They aren’t going to die if they aren’t adopted in just a few days. Once a dog is within the rescue organization, he or she is safe.  We can take the time to do home visits, check vet references, etc.  We can care for them through all their vetting, illnesses or whatever.  The urgency is gone.

We become attached.  Most rescue organizations are all volunteer, and the dogs are in foster care.  This means they live in our homes and share our lives – sometimes for months.  Jet has been with me for almost 3 months now.  The little stinker sleeps in my bed.  Belle, the Queen of Disdain, has fallen for him.  So do I want him going somewhere that’s “fine” or “okay”?  No, not really.  I want him to go to the perfect home for him.  Even if/when that home comes along, will I cry?  Almost certainly.  Do we all seriously consider keeping (one or more) of our fosters? Of course.  Am I considering keeping Jet?  You bet.  The attachment we have to our fosters makes us really want to find great homes for them – homes where they’ll thrive and be happy.

We know the dogs.  I know Jet.  I know he’s a high energy puppy who loves other dogs.  I also know he’s noisy (I hear him from the driveway – coming and going), he can be destructive (so far, the tally is one shoe and a bathroom cabinet), he’s smart but stubborn, he has sweet moments, and he has a well-documented tendency to eat inappropriate things. Because I know him, I know what type of home he needs – and what type of home would not be a good fit.  We have turned down an application on Jet – very nice and well meaning people, but everything about the circumstances spelled disaster and future behavioral issues.

We’ve had dogs returned.  You might be surprised by how often this happens – sometimes a few days or weeks later, sometimes months later. Frequently the issue is a mismatch of energy between an existing pet and the new dog (or a clash of personality).  Sometimes it’s a new boyfriend or girlfriend who doesn’t like the dog or the dog doesn’t like him/her (though I would guess it’s always the former).  Other times it’s a realization that they don’t have the time needed for the dog they adopted (some are high maintenance, no doubt about it!).  By being more particular with the original adoption, we hope to avoid this.  We can’t always.  Don’t get me wrong – we want them returned to us versus the shelter.. but we also obviously would prefer neither.

We’re all volunteers.  Most of us have other jobs.  So if it takes a little while to respond – or if the whole process is slower than you hoped, please have patience.

Basically, yes, it probably is more of a process to adopt from a rescue organization.  But it’s because we truly want to match the dogs up with the best homes — and vice versa.  If you let us know about you, your lifestyle, your family, etc., we’ll do our best to pair you up with a dog that will be a good match for you.  We’re not trying to be difficult, we just honestly want what’s best for everyone involved (especially the dogs, as that’s where our attachment lies). 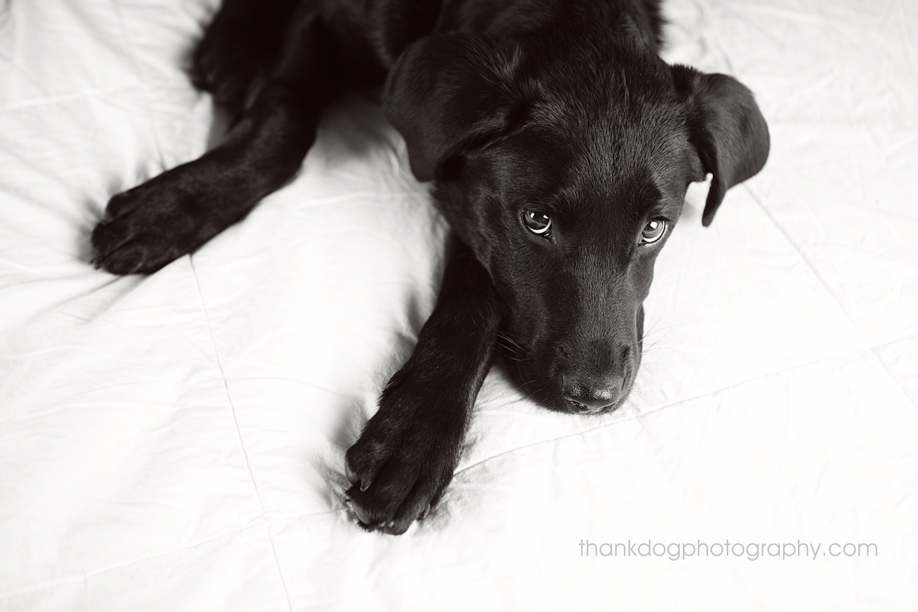 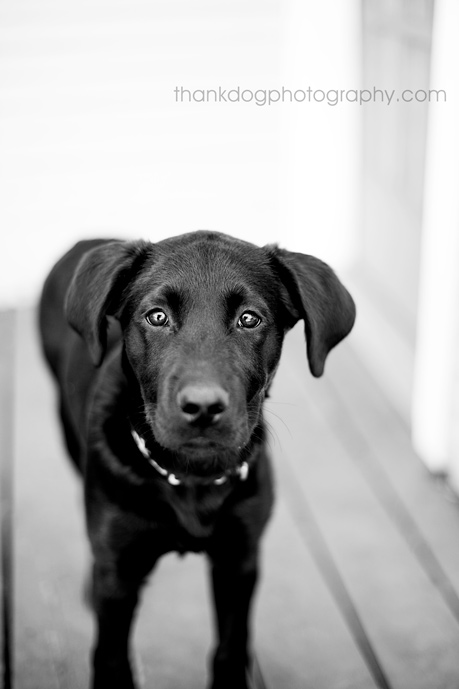 So what if you’ve found a dog you’d like to adopt?  Here’s a few tips to help the process along:

Yes, our dogs are rescues, sometimes from awful circumstances, other times not.  But just because they made it to a shelter does not mean they do not deserve a good home.  Indeed, many of them have gone through enough already – they deserve us spending a little time and effort to make sure the next chapter in their lives is a happy one. That’s all we’re trying to do.  So please be patient and understanding – it’ll be worth it.

« trials and tribulations of a baby lab upcoming events »

Wendy - Well said. I couldn’t agree more with everything you’ve said. It comes down to doing what is best for the DOG, not trying to please the prospective parents.

And awesome photos, as usual!

Beautiful photos too and Jet is gorgeous 🙂

Animal Lover - I only wish they took the time with cat adoptions as they do dog adoptions. A very good and informative article.

Jaime - can i ask where jet came from? our last foster (that was adopted last week) looks EXACTLY like him. we pulled him from garland animal services and he had sarcoptic mange when we picked him up.

Debbie - Jet and his 7 siblings (and mom) were pulled from DAS back in November when they were 2 days old (he’s 4 1/2 months old now). He’s either the last or one of the last two to be adopted.

Amber - something that you don’t mention that i think is a big issue for many people who think that adopting from a rescue is too difficult: they take it personally, and they really shouldn’t.

Connie - Having done adoptions for over 25 years, I have noticed that people who are kind enough to volunteer in a shelter or work for their favorite breed rescue have often been so disappointed by people’s actions towards animals that they are not warm and fuzzzy to potential adoptors. Rescuers are often the ones who see the despair, sadness and feelings of abandonment that these rescued animal feel and it is their job to get them ready to “go” again where unfortunately about 40% might be returned (given up) once more. Only 2 out of 100 dogs ever have a home for their life. Rescuers and adopters, please meet half way–try to respect the actions each are doing and do try to make it a pleasant experience rather than having the potential good adopter buy from a pet shop.

Elizabeth - Extremely well said! There is sometimes an impatience on the part of potential adopters and this reminder as to the process and it’s why’s explains things well.
Love your pictures too!

Julie - Very well said. We always tell everyone we interview that we try to place the animals in the home that best suits the animals needs. That it is nothing personal against their home. We had to stop telling people up front if they were approved or not because we were threatened with physical harm. So now we tell everyone if the home is what is right for that animal and that animals needs that they will receive a phone call that afternoon and a home check will be set up.

Delores - Very well written and said. I think this is something everyone even considering at dog at a shelter should read. Most folks just don’t think it through. Having adopted 2 dogs from rescues, I appreciated the one that did the most thorough checking on us and our other furbabies. It told me that they truly cared who was going to be Gracie’s new parents. Yes the application was long, wanted a ton of references, our vet info (they checked with them too) and included a home check (for us and the furbabies) but it made us feel so much better about Gracie too. By the way, she is a true delight. Thank you for a very well written article and all you do in rescue work.

Jessica - Thank you! I have never fostered, but I always rescue. It bothers me when friends give up on adopting because a rescue is telling them there are problems or the process is too long. But it is for the animals!

If a rescue denies your application because you don’t have a fence…it’s not just because they think you won’t supervise the animal or the animal will get away. Fences keep people and things OUT just as much as they keep pets in.

If you talk about taking the dog to a dog park or letting him or her run off leash, it shows a rescue you are willing to take too many risks that could potentially be devastating for this animal. Not to mention, there are these things called leash LAWS. It doesn’t reflect well to blatantly ignore basic pet owning protocol.

Would you complain if an adoption agency had these requirements and took this time to dissect your life? Or would you be incensed to find babies and children were being placed in homes for a $250 donation and a smile?

Anyone who believes the words “it’s only a dog” or “they are just pets” will never understand, and they should never own one.

Howard - I assume you are referring to the article on Slate (internet). It caused quite a stir on the Border Collie Boards. So many people profess to problems with rescue groups because they don’t want to look at both sides of the issue. If they were in the rescuer’s position, as you have done a good job of depicting, they might feel differently.

How To Housebreak a Dog | - […] House Training Puppy Tips That You Should KnowHow to Housebreak Your PuppyLeash Training a Puppy: How to Leash Train a DogPuppy Obedience Classesadopting from a rescue organization […]