look what I found!

I’ve been a bit absent the past week or so, but with reason.   I went to Lake Tahoe to attend and shoot a friend’s wedding.  I’m still working through the images and will post some soon.  But, let me say, wedding photographers gained a whole new level of respect in my book.  I was a little terrified going in (what do I know about shooting people?!?) — it was a lot of fun, but a lot of work as well.

Anyway, this morning, Big Momma and I got up early to go to the hot air balloon festival for the morning lift-off.  We only got a couple blocks from home though because I spotted something too cute to pass by.  Meet Nate (or at least that’s what his tag says). 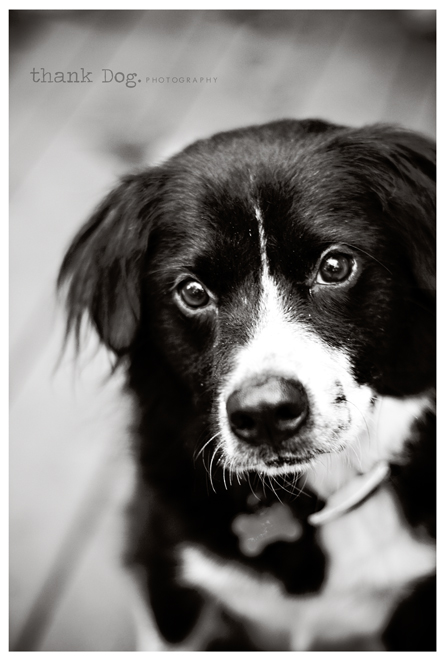 Nate was hanging out on a street corner, looking lost.  I did a u-turn and pulled up next to him and sweet little pup came running over.  It’s hard to say how long he’s been lost — he’s in good shape except for some mats in his fur — but he’s clearly somebody’s baby.  I’ve left a message at the number on his tag and am waiting for the call back.  In the meantime, Nate’s got a belly full of goodness, had a little loving, and is now just hanging out in my backyard, pawing at me to keep petting him.  He’s unbelievably sweet, but isn’t quite sure what to make of my two.  Poor Bear has been trying so hard to get him to play a bit, but Nate hasn’t taken the bait yet.  Even Belle has been relatively well-mannered so far (though I’ve kept her on leash around him).