Harley is one of the co-pilots of Flying Doggies, a fab online dog (and cat) boutique.  Boomer, Harley’s chocolate brother, will be coming in a separate post.  Take at look at the shop and I think you’ll get an idea of just how spoiled these boys must be!

I first met the human components of Flying Doggies last year at LifeBark, and we’ve had booths set up near one another at a number of events since.  They’re awesome so I was thrilled when I got the call it was time to shoot the pups!

I think this shoot was the first one I’ve had where I did not dole out a single treat.  Not a one.  The boys had no interest in anything but running through the tall grasses, chasing after the ball (and each other), and, for Harley, watching after the ducks and pelicans (he was itching to go in after them — Boomer, though also a lab, is scared of the water).  Harley’s a very stereotypical lab – boisterous, ball-obsessed, with neverending energy.  He and Bear also share a less-than-desirable habit of leaping through windows. 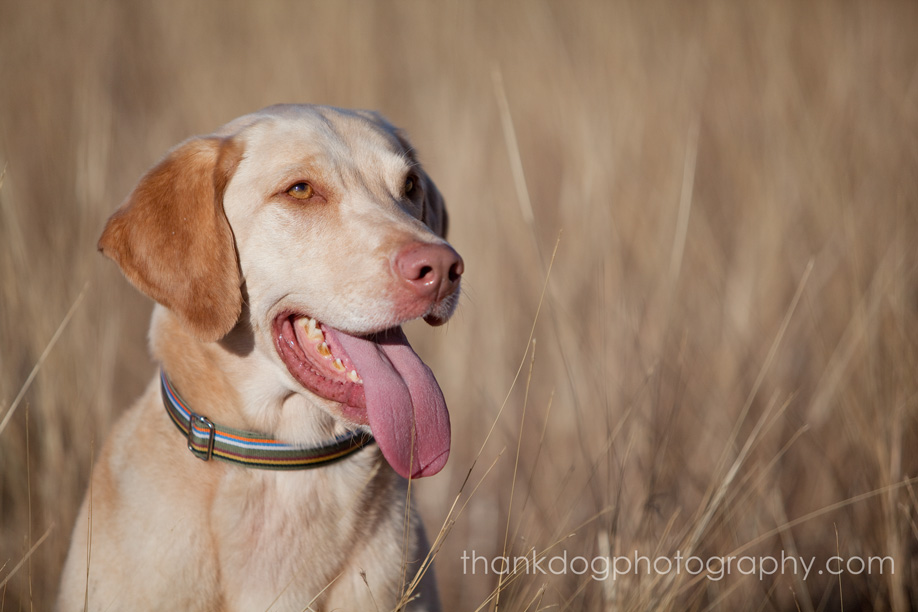 It may be surprising to some, but winter is one of my favorite times to shoot.  The afternoon skies are either gorgeous blue or there is a beautiful soft light depending on the day, the temperatures are tolerable, the grasses are tall (and chigger-free), and the dogs seem to have a special energy.  It seems to really suit the working and sporting dogs in particular.

We love all these pictures and it’s going to be difficult to narrow it down to the top 50 favorites (of each doggie, of course)!

You really captured Harley’s true inner doggie and we have proof positive why choosing you to work with the boys was the best decision we made.

We can’t wait to see Boomer’s pictures. We know darker coated dogs can be harder to photograph (well, for us mere point-n-shooters).

The Humans Behind Flying Doggies