Last week, my entire family went on a fun-filled, week-long Alaskan cruise for my dad’s 70th birthday.  It was the first cruise for most of us and adventures (and cocktails) abound.  One of those adventures was a stop at a sled dog camp in Skagway. We were pulled on a “sled” with wheels and then got to meet a bunch of the dogs (and some puppies!) as well as some mushers.  Our musher was a young woman from Erie, Pennsylvania, who had travelled to Alaska for the summer with her 20+ Alaskan huskies so they could “learn some manners” and begin training for races (I can’t even imagine what that car trip was like).  Other mushers (and dogs) were more experienced and had competed in the Iditarod (or are going to this year).  Pretty cool.

I love watching dogs at work – they really LOVE their jobs.  We were the first ride of the day, and they were chomping at the bit to go.  In fact, our musher had to keep her foot on the brake the entire ride to keep the dogs under control (fun fact: the way you can tell which dogs are actually pulling and which are trotting along for the ride is to watch their tails – tail down, hard worker;  tail up, slacker).  The dogs were all Alaskan huskies – a breed I was not really familiar with (they’re very deliberate mutts – different breeds are bred into the lines for specific purposes).  The Alaskan huskies are specifically built for endurance for the long races.  Some look like their cousins, the Siberian husky – others less so.  One was the twin of my sister’s dog, Bowie (and Bowie’s doppleganger, Dottie, of phetched.com fame).  Others looked more like my Bear, which actually makes sense if his (second) DNA test is to be believed (results showed lab, malamute, akita, and chow were in his genetic mix).

After the ride (only about a mile), we went back to the camp.  Most of the photos in the slideshow were actually taken there – of the dogs waiting their turn to go to work.  There were also puppies (PUPPIES!) to play with. 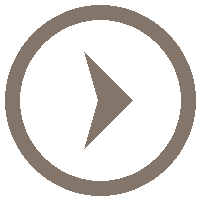 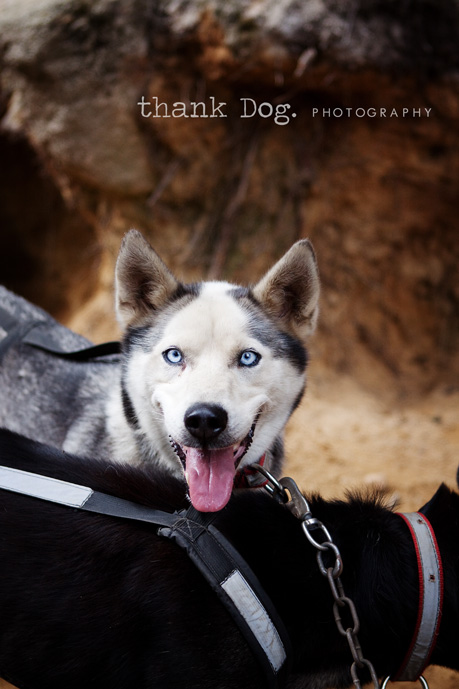 On our sled, the pair in back, closest to the “sled” were siblings.  The one on the left was deaf – but talked a lot.  Loudly – no volume control.  The one on the right now holds his left ear down, said to be an attempt to drown out his sibling’s vocalizations.  Which made me wonder about Bear – I’d like to pretend his ear situation was to drown out Belle, but he started holding the one ear up and other down before Belle joined us – was he trying to drown out me?  I do talk to him.  A lot.  (One benefit to having pets – you’re not talking to yourself!).

Tricia - Gorgeous!!! Have you seen the episode of Dirty Jobs with Mike Rowe tending to a pack of sled dogs in the middle of winter? Hilarious.

Becky - GORGEOUS photos, Deb! (Hello amazing light!) What a great experience you had.

Curt - I thought those were penguins

Alexis - The puppies are soooo cute!! What an amazing trip!